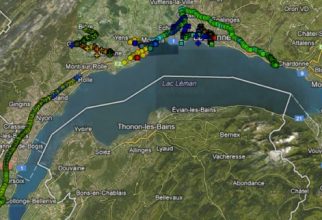 We should not wonder whether artificial intelligence can guess what your next action is, but rather ask when it will be possible. Research from the Nokia sponsored Mobile Data Challenge has demonstrated that with the correct information, an algorithm can accurately predict where you will be in 24 hours.

Researchers in the U.K. have come up with an algorithm that follows your own mobility patterns and adjusts for anomalies by factoring in the patterns of people in your social group (defined as people who are mutual contacts on each other’s smartphones).

The method is remarkably accurate. In a study on 200 people willing to be tracked, the system was, on average, less than 20 meters off when it predicted where any given person would be 24 hours later. The average error was 1,000 meters when the same system tried to predict a person’s direction using only that person’s past movements and not also those of his friends, says Mirco Musolesi, a computer scientist at the University of Birmingham who led the study.